10 facts you need to know about learning sign language:

10 facts you need to know about learning sign language:

Are you one of the many people searching for ways to learn sign language (BSL)? Maybe you find signing fascinating to watch, or maybe you have a friend or family member you would like to communicate with. Whatever your reason for wanting to learn sign language, knowing the facts will help you decide the best way to learn and the type of course (online or classroom-based) you wish to do. Below are 10 facts that you need to know before signing up for a course:

There is also a form of international sign language (ISL). ISL enables sign language users from all over the world to communicate with each other. However, it is not a language as such, more like a Pidgin language that tends to rely on gesture. ISL or Gestuno borrows elements of sign language from different sign languages across the globe.

People from the UK have different accents e.g. someone from Yorkshire sounds different to someone from Cornwall or Newcastle. BSL is no different. There are regional variations for British Sign Language too. Be aware that some online courses have limited use. For example, you might live in Wales but learn regional signs from London. So, having a conversation with a native sign language user from your own town, will be difficult.

British Sign Language (BSL) is a recognised language of the UK as of March 2003.  BSL incorporates all the usual elements of language – verbs, nouns, sentence structure and so on. However, to the untrained eye, you will not see the complexity of sign language. Many people have difficulty understanding that using sign language requires no sound but relies heavily on body movements, facial expressions and use of 3-dimensional space. For example, you smile when you are happy and frown when you are annoyed. Sign language relies on subtle visual cues for linguistic expression. This cannot be taught by a Youtube clip. It is something that needs to be practised with guidance from a qualified BSL tutor.

Babies can learn sign language from as young as 6 months in hearing families. Where all family members are deaf and sign language users, babies learn to communicate much earlier  – from around 8 weeks old. There is a myth that teaching babies to sign affects speech production later on. There has never been any evidence to support this notion. In fact, the opposite is true – research has shown that babies who learn sign language, get a head start and develop their linguistic abilities to a higher standard than those with no help from sign language.

If babies can learn the basics, then anyone can learn. Adults may find sign language difficult to learn due to the fact that BSL is visual in nature, rather than based on sound. Many learners start learning BSL and find themselves asking lots of questions because learning sign language challenges assumptions about the nature of communication.

Some adults find it extremely difficult to learn BSL because they have difficulty expressing themselves more generally. Asking adults to use their whole upper body for communication (not just their mouth) is sometimes a step too far for some adults!

Some deaf people attended mainstream schools and have never mixed with native sign language users. They may well have been the only person with some form of hearing loss within their school, college or university setting. Do not assume that because a person tells you that they are deaf, they use BSL.

7. Knowing some sign language is not the same as using it:

There are lots of Deaf people who experience the following scenario: a person has ‘learned’ some signs from watching Youtube clips, meets a deaf person. The learner mouths “I am learning to sign” while moving hands in a confusing manner. The deaf person waits .…. for a painfully slo..o..o..ow attempt at fingerspelling of the learner’s name.  This happens A LOT. Signing is like driving a car, you either have the skill or you don’t, anything in between is just too painful to look at! Watching Youtube clips and practising what you see is not the same as practising real-life interaction. You are more likely to be greeted positively after a structured sign language course – you would have spent time with a qualified expert who will teach you properly. After all, their reputation and future career depend on it.

Have you watched those Youtube clips that everyone thinks are great entertainment and fun to watch? Just an FYI – they are exactly that……’ entertainment’. The ‘signs’ in many clips bear no relation to real-life BSL.

Most of the video creators are hearing or hearing impaired (i.e learned BSL as a second language). They are teaching ‘SLinglish’ or Signed English. So, be aware that they are just entertainment clips and be careful not to waste your time or money on learning ‘BSL’ that has no value in the real world.

Native sign language users are generally deaf from birth and have used BSL for most, if not all of their lives i.e. they use it every day, so they are the real experts when it comes to learning and using BSL.

If you must use clips on Youtube, choose to watch an educational clip from an expert for practice. Initial instruction should always be with a native deaf tutor.

Being proficient in sign language can open up a range of career opportunities. For example, there are Sign Language interpreters, Communication Support Workers, Teacher of the Deaf, Audiologists and research roles that help us develop a better of understanding of sign linguistics and culture. Using sign language also enhances other careers. For example, there are a number of police forces that now have P.L.O.D schemes (Police Liaison Officers for the Deaf).

To be proficient in using BSL, you need a qualification from one of the two awarding bodies in the UK: Signature or iBSL. If you have a certificate from anywhere else, then be aware that it is nothing more than just a piece of paper.

Makaton is not a language. The ‘signs’ are simplified versions of sign language. Makaton is the smoothie equivalent of Sign Language – elements of BSL have been used and mixed up to create visual gestures. BSL users do not recognise the signs used for Makaton and Makaton users have no idea what BSL is.

So, there you have it – learning British Sign Language can be fun and if you want to take your learning seriously, can lead to an enjoyable career. Taking the time to learn properly from actual experts will help you support your deaf friends and family properly and could enhance your career potential.

If you are looking for recommended resources to help you learn, why not check out our post on free resources. Or, you could even check out our accredited online courses (coming soon!)

Face masks: for deaf and hard of hearing people 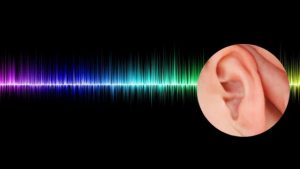 How do you get rid of tinnitus?

No products in the cart.